Join us for the upcoming Virtual Cyber Conversation & Coffee!

Join Armando Seay, Director of MISI, and Anthony Lawrence, CEO of VOR Technology, to discuss Quantum Computing and Communications. Quantum will soon have a substantial impact on cybersecurity, business, communications, weather, healthcare, pharmaceuticals, manufacturing and finance. The technology we will discuss will be disruptive! Tony will discuss the upcoming introductory course on Quantum that will be hosted virtually on June 4th from 1 - 3pm at DreamPort. Learners will get hands on experience and be able to initiate the learning process required for the imminent switch to Quantum. We hope this C3 is an interactive discussion in which attendees will be able to ask questions and learn all about Quantum! 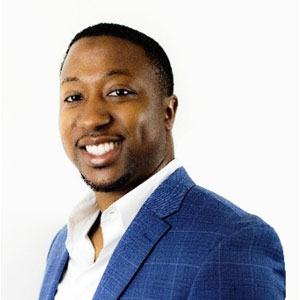 Anthony (Tony) Lawrence is the founder, CEO and owner of VOR Technology. Tony is a service-disabled veteran of the US Army, where he served as the branch chief and deputy branch chief of 2 separate Counter Terrorism & Combating Proliferation Target offices of Primary Interest (TOPI's) within NSA's Signals Intelligence Directorate (SID). He specialized in analysis, reporting and tactical coordination on target locations, operational capabilities and tactical intentions. He tracked and reported intelligence on over 100 Counter Terrorism targets of interest. His target geo-location efforts produced intelligence reports directly leading to the capture or elimination of terrorists worldwide.

In 2008, then SGT Lawrence deployed with the Expeditionary Computer Network Operations Initiative (ExCNO) as the sole Target Digital Network Analyst (TDNA) for NSA's Cryptological Signals Intelligence Support Team 16 (CST16) supporting Multi National Division-South (MND-S), 10th Mountain Division and four subordinate Brigade Combat Team's (BCT's) during "Operation Iraqi Freedom 07-09". ExCNO integrated Computer Network Exploitation (CNE) and Computer Network Attack (CNA) into tactical military operations. By assuming this new position, SGT Lawrence was instrumental in creating the Standard Operating Procedures (SOP) for future Target Digital Network analysts in Iraq and throughout the cryptologic enterprise. Due to his expertise in a relatively new form of SIGINT, SGT Lawrence's resilience resulted in the capture of the first High Value Target (HVT) by 10th MTN DIV during OIF 07-09, using cyber capabilities. The target's capture resulted in a drastic decrease of Weapons and IED trafficking within the MND-S and saved the lives of countless soldiers. He went on to capture another 30 targets of interests for coalition forces using non-traditional SIGINT & Cyber collection techniques and methodolodies. Many of the techniques he created are still being used by the Cyber Mission Forces today.

Because of his knowledge and high mission success rate, SGT Lawrence was hand selected to work directly for the Director National Security Agency (DIRNSA). On DIRNSA's behalf, he delivered USCC/NSA briefings to senior US military flag officers, members of the Presidential Staff, members of Congress and staff, US Ambassadors, Senators, Executive Branch officials, Stakeholders, and Foreign Dignitaries, ensuring support and cooperation for SIGINT and Cyber missions.

Seven years later, Mr. Lawrence has created an amazing company focused on creating superior technology for the DoD and our country. VOR Technology has been recognized as the #6 fastest growing company in Maryland and ranked #296 of 5,000 in INC. Magazine fastest growing companies; among many other awards and recognitions. Under Tony's leadership, VOR has established a working-presence across the United States to include Florida, Georgia, Utah, Texas, Alaska and the greater Washington D.C area. Tony has personally written over 200 proposals in reponse to government RFP's and is directly reasonsible for VOR's hockey stick growth pattern.