Human Capital and the Cyber Workforce

Human Capital and the Cyber Workforce

Human Capital and the Cyber Workforce brings together representatives from Silicon Valley, the Cyberspace Solarium Commission, the National Commission on Military, National, and Public Service, and Cyber Command to discuss how the federal government is (and should be) addressing the need for human capital in the military and civilian workforce. Panelists will discuss trends within the civilian cyber recruitment fields as well as innovative initiatives proposed by both commissions to modernize cyber hiring for the federal workforce, develop programs to facilitate public-private moves for cyber talent, and provide reserve opportunities for those who want to serve part time. The event will be held virtually and will start with opening comments by the moderator, then turn to panelists for short introductions, and then turn to audience and moderator questions.

Dr. Janine Davidson is the president of Metropolitan State University of Denver, Colorado's third-largest public university. Prior to her appointment in 2017, Davidson served as the 32nd Undersecretary of the U.S. Navy. Her appointment as Navy "under" followed nearly 30 years of academic, civilian, and military service. She has taught national security policy and political science at Georgetown University, George Mason University, and Davidson College, and was a senior fellow for defense policy at the Council on Foreign Relations, where she is a lifetime member. She began her career as an Air Force officer and cargo pilot, and was the first woman to fly the branch's tactical C-130. Davidson's various honors include "HillVets Top 100 Most Influential Veterans," University of South Carolina Distinguished Alumna, Secretary of the Navy Medal for Distinguished Public Service, Secretary of Defense Medal for Outstanding Public Service, Girl Scouts of Colorado 2018 "Woman of Distinction, and the Colorado Women's Chamber of Commerce 2019 "Top 25 Most Powerful Women in Business." 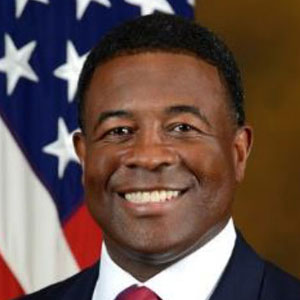 Shannon Jackson, Director, DoD OSBP, leads a network of 700 full-and part-time Small Business Professionals across the Department of Defense (DoD). He ensures they leverage DoD's small business industrial base to contribute to military readiness, introduce innovation to build a more lethal force and provide timely and cost-effective products and services. The work of DoD's Small Business Professional workforce annually results in more than $50 billion in prime-contract spending and over $40 billion of subcontract-spending for small businesses.

Mr. Jackson is a retired Lieutenant Colonel of the U.S. Army,where he served for 23 years. In the military, he was the Deputy Program Manager for the U.S. Army Rapid Equipping Force; a Foreign Military Sales Acquisition Officer/Program Manager for a Major Weapon Systems, Ammunition and Service for the Government of Iraq; and the Department of the Army System Coordinator (DASC) within the office of the Assistant Secretary of the Army for Acquisition Logistics and Technology directly managing the Joint Air to Ground Missile (JAGM) and the Hellfire Missile System.

Mr. Jackson is married to Michelle and they have two children, Paige and Colin. 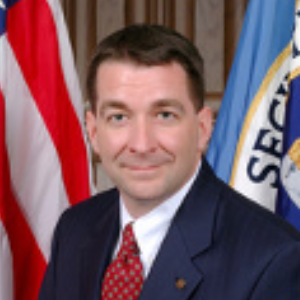 Mr. Luber is the Executive Director (ExDIR), United States Cyber Command (USCYBERCOM). The ExDIR position represents the highest-ranking-civilian and third-in-command at USCYBERCOM. Mr. Luber leads an organization of over 12,000 personnel, to include a headquarters element, six large Service Cyber Components, 133 Cyber Mission Force Teams consisting of over 6000 cyber warriors, and Department of Defense (DoD) enterprise defense forces. He drives global cyber operations to defend the DoD network, provides cyber options for combatant commanders, and defends U.S. critical infrastructure, while shaping a budget of nearly $700M, and elements of DoD budgets totaling in the billions. Mr. Luber graduated from the University of Maryland, University College in 2001 with a Bachelor of Science in Computer and Information Science. He earned a Master of Science in Network Security from Capitol College, Laurel, Maryland, in 2004.

During his 31 year career, Mr. Luber has held a number of technical and leadership positions (including an overseas tour) with emphasis in building high-performance teams, leading highly technical operations, providing war fighter support through leveraging Computer Network Operations, and applying advanced analytical techniques to solve complex problems. From 1987-1997, provided creative solutions to automate NSA business processes. From 1997 to 2007, focused his efforts on maximizing collaboration both technically and operationally throughout NSA and the broader Intelligence Community. From 2007 – 2015, developed new tactics to enhance Computer Network Operations in support of NSA and completed a Joint Duty Assignment with the USD(I). From 2015-2018, leveraged partnerships to produce integrated intelligence critical to warfare in support of national missions and priorities world-wide, led innovative cryptologic discovery, and the focal point for ELINT analysis and tradecraft development as the Director of NSA/CSS Colorado.

Mr. Luber has received numerous awards including the Office of the Secretary of Defense Exceptional Civilian Service Medal (2015), Presidential Meritorious Rank Award (2012), the Meritorious Civilian Service Award (2004, 2008), and the Knowlton Award (1999). He has also served on a variety of boards promoting technological advancement and human capital development. 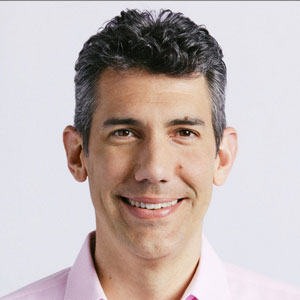 Col(s) Rob Mishev is a partner at the Cole Group, a San Francisco-based executive search firm that works with high growth technology companies. Previously, he served as a startup executive at both Eventbrite and LivingSocial. Additionally, he was a management consultant at McKinsey & Company and served in the Air Force in a variety of roles, including assistant professor at the Air Force Academy, U.S. Senate Legislative Liaison, and C4ISR program manager. While at McKinsey & Co., he was selected to work with the DoD Task Force for Business Stability and Operations to help with economic stabilization and development in Iraq and Afghanistan and traveled in-country five times. He is a graduate of the U.S. Air Force Academy and the Harvard Business School. He remains in the Air Force Reserve and recently joined Space and Missile Systems Center and is helping with the transition to US Space Force. Previously he served as the deputy mission lead for U.S. Cyber Command's Points of Partnership team and chief of technology development at OUSD(R&E) in the Pentagon and was activated to help standup the Defense Innovation Unit.

Mark Montgomery serves as the Executive Director of the Cyberspace Solarium Commission. He most recently served as Policy Director for the Senate Armed Services Committee under the leadership of Senator John S. McCain. In this position he coordinated policy efforts on national defense strategy, capabilities and requirements, defense policy and cyber issues.

Mark also served as a nuclear trained surface warfare officer for 32 years in the U.S. Navy, retiring as a Rear Admiral in 2017. His flag officer assignments included Director of Operations (J3) at U.S. Pacific Command; Commander of Carrier Strike Group 5 embarked on the USS George Washington stationed in Japan; and Deputy Director, Plans, Policy and Strategy (J5), at U.S. European Command. He was selected as a White House Fellow and assigned to the National Security Council, serving as Director for Transnational Threats from 1998-2001.

Mark graduated from the University of Pennsylvania and Oxford University, and completed the U.S. Navy's nuclear power training program. 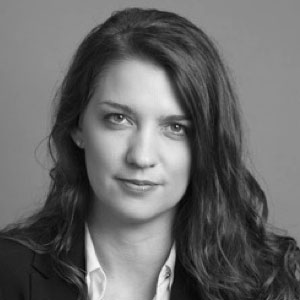 Maj Jacquelyn Schneider is a Hoover Fellow at the Hoover Institution at Stanford University, non-resident fellow at the Naval War College, a senior advisor to the Cyberspace Solarium Commission, and a reservist in Cyber Command's Points of Partnership team. Her work has appeared in Security Studies, Journal of Conflict Resolution, Journal of Cybersecurity, Strategic Studies Quarterly, and Journal of Strategic Studies and is featured in Cross Domain Deterrence: Strategy in an Era of Complexity (Oxford University Press, 2019). In addition to her scholarly publications, she is a frequent contributor to policy outlets, including New York Times, Foreign Affairs, CFR, Cipher Brief, Lawfare, War on the Rocks, Washington Post, Bulletin of the Atomic Scientists, National Interest, H-Diplo, and the Center for a New American Security. In 2018, Schneider was included in CyberScoop's Leet List of influential cyber experts. She has a BA in economics and political science from Columbia University, an MA in political science from Arizona State University, and PhD in political science from George Washington University. 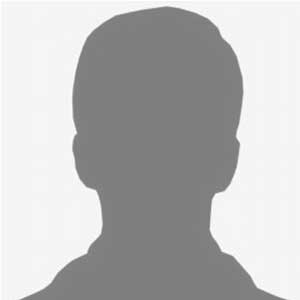 Kimberly Wright is a Senior Cyber Human Resources Strategist in the Cyber Workforce Division at the Department of Defense Chief Information Officer (DoD CIO) where she develops and implements policy and provides civilian personnel advisory services for the Cyber Excepted Service (CES) personnel system. During her career spanning 33 years, she has held a myriad of human resources positions with Air Force, Army, COCOMs and OSD at the operational, tactical and strategic levels supporting both US and foreign employment programs. Kimberly’s career has allowed her to serve the DoD in positions in Colorado, Florida and Germany and she now calls Virginia her home. By necessity she is an agent of change and has lived through the ebb and flow of human resources as dictated by global events like the end of the cold war and 9/11. Her unique perspective is shaped by her rise from the lowest ranking to the senior staff level today. She credits her success to good leadership, good mentoring, hard work and a bit of luck. Kimberly continues to serve to execute human resources programs and policies to ensure the DoD remains competitive in attracting, developing, and retaining our cyber civilian workforce. 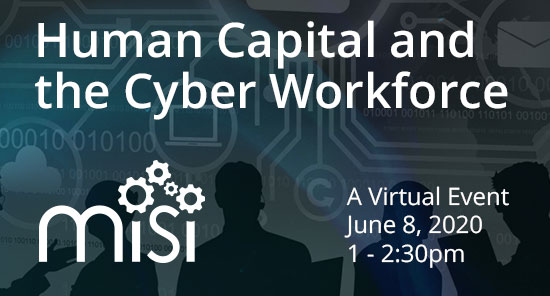