The Zero Trust strategy assumes that your network is already compromised and compels you to design it to reduce the probability of material impact to your organization if you experience either a trusted insider attack or an invading outsider who has bypassed your security controls to attain the same status. In other words, trust nobody and only allow employees enough access to the organization's resources to get their jobs done, but nothing further. You may think that designing and building that type of network is 180 degrees away from what you have right now. You would be wrong. You can get a long way down the Zero Trust path by using the equipment you already own in your current architecture. The thing that has to change is people and process. This CyberWire Pro online briefing will discuss what Zero Trust is, how to think about it in terms of your own environments, and the practical steps you can take right now with equipment you already have that will move you along that journey. This will be a vendor-neutral briefing by the CyberWire's CSO and Chief Analyst, Rick Howard, which will also provide some history and context for those looking to implement Zero Trust solutions. 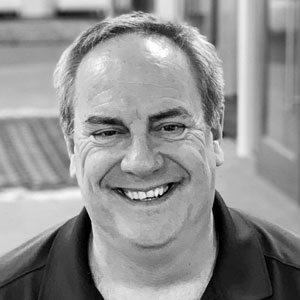 Prior to joining the CyberWire, Rick Howard served as CSO at Palo Alto Networks, where he contributed to the company's internal security program. He also launched and led Unit 42, Palo Alto's threat intelligence team, while also serving as one of the company's public faces, providing thought leadership throughout the cybersecurity community. Before joining Palo Alto Networks, he held leadership roles as CISO at TASC, general manager of iDefense, and Security Operations Center (SOC) Director at Counterpane.

Howard also served in the U.S. Army for twenty-three years, the last two years of which he spent running the Army's CERT. He holds a Master's in Computer Science from the Naval Postgraduate School. He earned his undergraduate degree, a Bachelor of Science in engineering, from the U.S. Military Academy at West Point. He returned to the Academy later in his Army career to teach computer science. He has been executive editor of two books: Cyber Fraud: Tactics, Techniques and Procedures, and Cyber Security Essentials. He has also been a regular guest on the CyberWire Daily podcast since 2016.

Read the full announcement about Rick Howard joining the CyberWire.

We're an independent voice delivering concise, accessible, and relevant cybersecurity news to people all across the globe. We separate the signal from the noise. Learn more at thecyberwire.com