There are tens of thousands of global cybersecurity incidents and breaches every year, with complex breach factors, threat actors, and organizational impacts. The attack surface is widening, and cyber activity is likewise increasing. But what does it really mean for the public sector?

The Verizon Data Breach Investigations Report (DBIR), now in its thirteenth year, takes a forensic look at all of this breach data, extrapolating trends and breach insights relevant to enterprise across industries. This benchmark report is used by organizations all over the world to understand the breach landscape and to make intelligent security program decisions.

Join us as we discuss some of the key findings of the 2020 report and those relevant to the public sector. 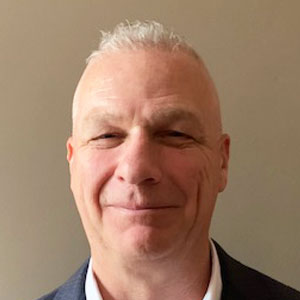 Jim Meehan is the Global Investigation Manager for Global Security Services where he coordinates the forensic investigations conducted by the investigative response unit worldwide.

Prior to working at Verizon, Jim worked with the United States Secret Service. With 27+ years of law enforcement experience, his career spanned numerous disciplines within the United States Secret Service to include supervising technical security countermeasures and tactics. He served in a supervisory capacity on the Presidents Protective Detail during which he advanced to the principal assignment on the President's Counter Assault Team. In his last assignment with the agency he was the Deputy Special Agent in Charge of Cyber Operations. In that position he supervised and engaged in historical transnational cybercrime investigations, oversaw the Critical Systems Protection Program and all of the Secret Service network intrusion and forensic examination programs.

He continues to cultivate key partnerships with members of government, academic, private industry, national and international law enforcement entities. He is a prominent speaker on transnational investigations both domestically and internationally.

Jim currently serves on the Advisory Panel for the International Association of Financial Crime Investigators. He was previously a United States representative on the Five Eyes Law Enforcement Group (Cyber Crime Operations) and the G-8 Roma-Lyon Cyber Crime Working Group.

He has a Master's Degree in Strategic Studies (Counter Terrorism) from the National Defense University and has graduated from the Chief Information Security Officer Program at Carnegie Mellon University.