Smartphones are amazing productivity tools, but they are highly promiscuous networking devices with multiple cameras, microphones and radios that can connect to your other devices and networks. What is worse: they are not actually under control of the user. Smartphone OEMs design secure platforms but then give their own services a massive exception. This leads to platforms that collect information about their user and send it back to the OEMs and 3rd parties. They call it “monetizing the user”.

Small wonder that smartphones are banned from most sensitive government workplaces. Using consumer devices in a government setting leaves all these intentional data leakage systems in place, and yet name-brand phones are the only options on government approved purchase lists today. It doesn’t have to be this way. Consumer phones are great for consumers, but governments ought to know better.

This talk will look at some of the disregarded security issues with common smartphones today, and present an alternative approach that replaces the OEM-controlled OS with a government-controlled version of Android on off-the-shelf phones. This breaks a significant supply chain threat and puts appropriate controls in place to allow smartphones to be effective productivity tools in daily government work. 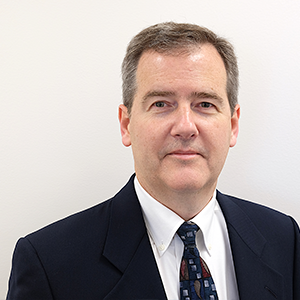 Dr. Bill Anderson is the President of CIS Mobile. This Washington, DC area company provides government users with the ability and control to protect sensitive data on their mobile devices. Dr. Anderson's expertise is in mobile systems, cryptography, data security, and information theory. Before CIS Mobile, he served as Vice President, Technology Investments at Allied Minds, where he managed a portfolio of information security, quantum, and semiconductor design companies. A founder of Oculis Labs, an innovative data-in-use security company, he served as CEO until it was acquired by Optio. While at Optio, he served as Chief Product Officer, and then CEO as it introduced a groundbreaking security platform for Android. He served as Vice Chairman of Maryland TEDCO, a $110 million early-stage investment company. Additionally, he held executive roles in product management and marketing at several public and private technology companies to include SafeNet, Inc., Aether Systems, and Certicom. He holds multiple patents. Dr. Anderson has a Bachelor's and Doctorate degrees in Electrical and Computer Engineering from the University of Waterloo.